Fold cloth or sponge as shown below. 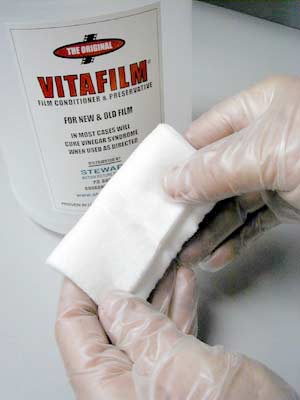 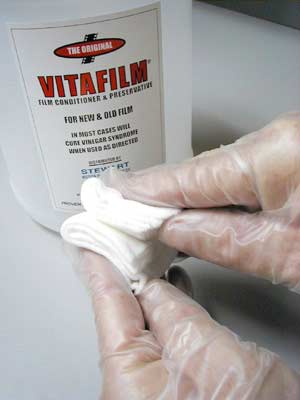 Open bottle and place applicator firmly on top of spout. 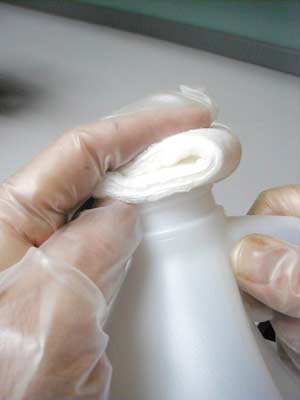 While holding applicator firmly against spout, turn container upside down allowing VITAFILM® to soak in. 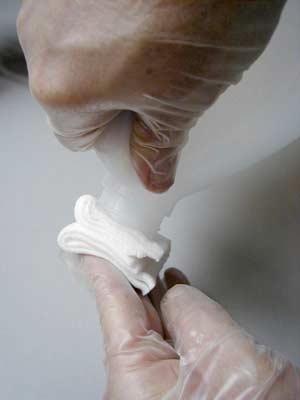 Wrap applicator around both sides of film. 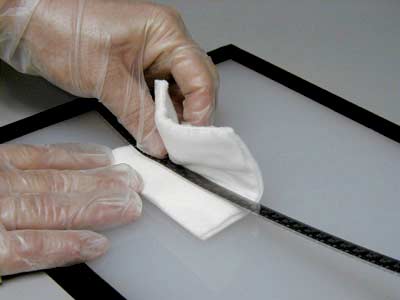 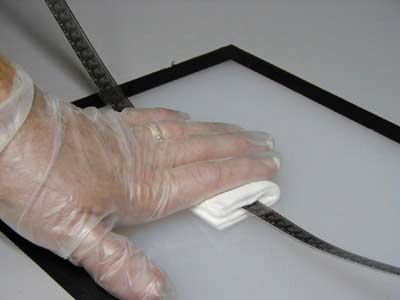 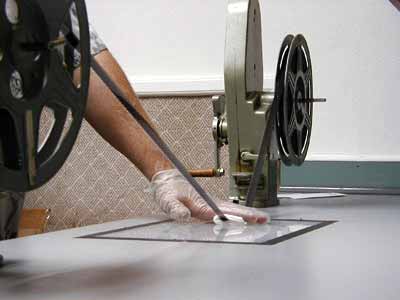 Film may be stored immediately on plastic reels after being given a light application of VITAFILM® by the rewind method. This keeps the film pliable and slows image fading. Note: Film will still be damp which is normal. VITAFILM® does not evaporate as fast as other products. Rather, it penetrates deep into the film. This continuously lubricates the film and eliminates static. A little goes a long way.